‘Although I was born and raised in San Francisco, California; I have spent more than 70% of my life in Canada, having moved here in 1973 following 4 years of military service. My interest in alternative complimentary health practices began in Japan in 1987. An injury during martial arts training at that time opened my eyes to healing that was not drug or invasive surgery related. I began studying the concept of holistic therapies as applied through oriental acupuncture and shiatsu disciplines. While in Japan I also began to appreciate the elements of a healthy diet lifestyle as well… Read more 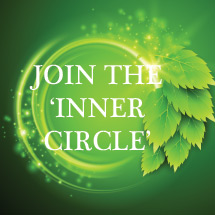 Read our blog for the latest news & views from Nature's Wisdom. We are excited to share and express our views and opinions about health from it's many aspects. We look forward to tackling more complex, topical and newsworthy subjects (still relating to health of course) as we go along and welcome your comments, feedback and ideas for future discussions.